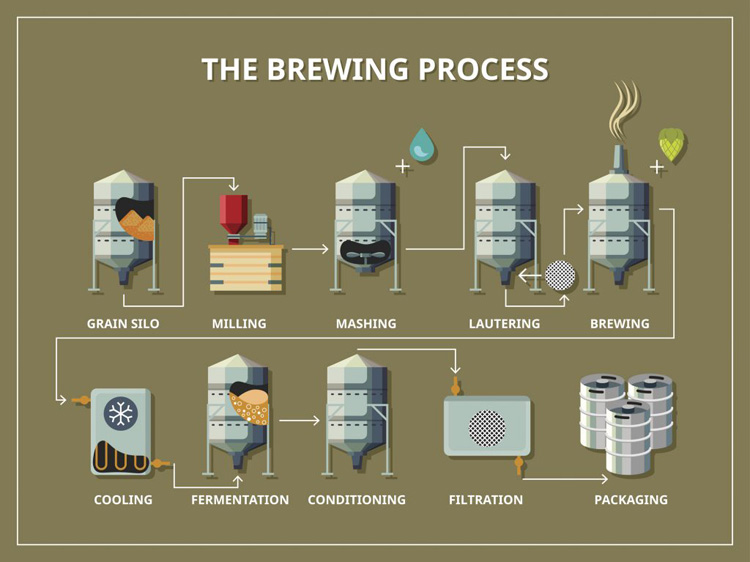 The mashing system is the core of the whole set of equipment and is responsible for the process of making malt into wort. Namely: “mashing-lautering-boiling-whirlpool” four main process steps. These four functional proceed by several tanks. The hot water tank is auxiliary equipment. 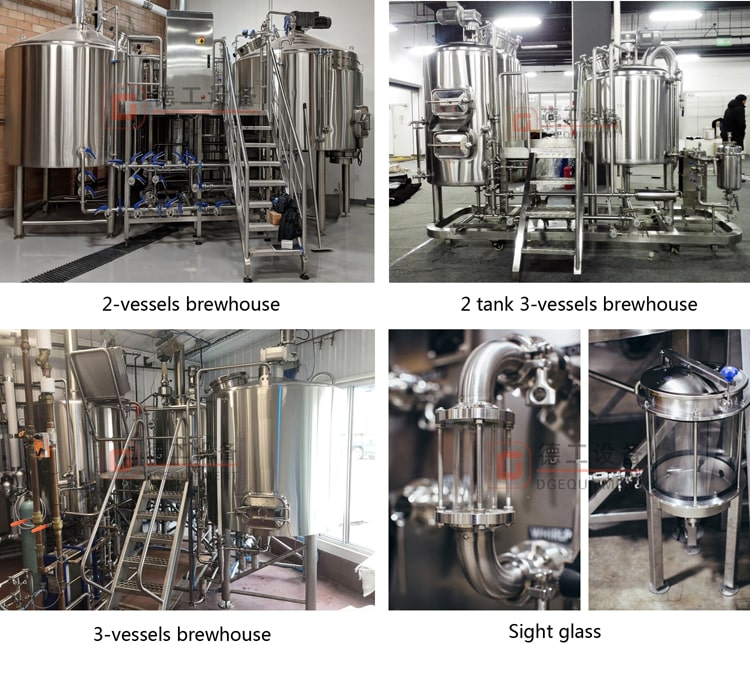 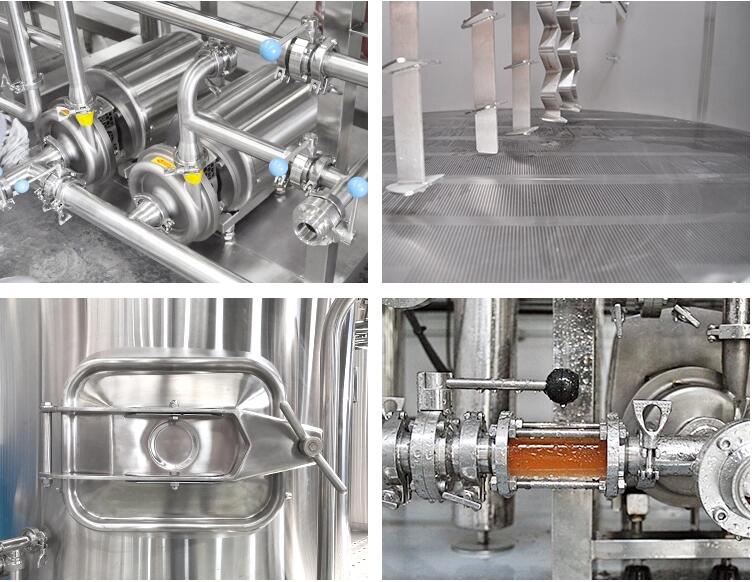 Investment suggestion: The size and type of mashing system should be based on individual site, capacity requirements and investment budget. The larger the mashing system is, the higher the energy consumption is and the higher the investment cost is. However, the cost of later reconstruction is relatively high. So you can think about early saccharification in one step.

The wort ferment into beer in the fermentation tank. Fermentation tanks are equipped with separate cooling zones which can be individually controlled and entirely insulated. Include CIP tube and a cleaning head. The materials and the surface finishing depend on the intended application and the customers’s specifications. 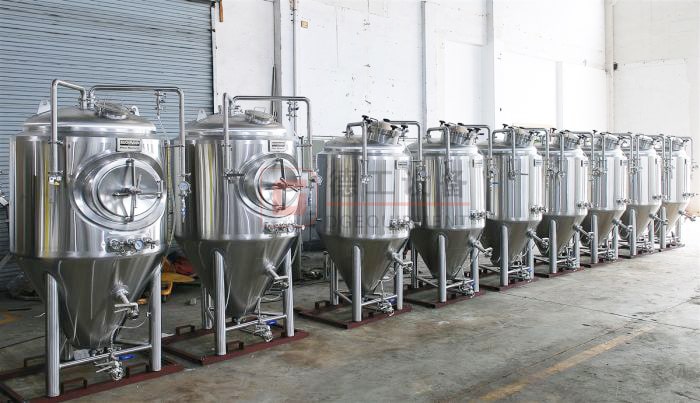 The quantity and size of fermentation tank