Before understanding the beer brewing vessels, we must first understand the main brewing process and process of beer! 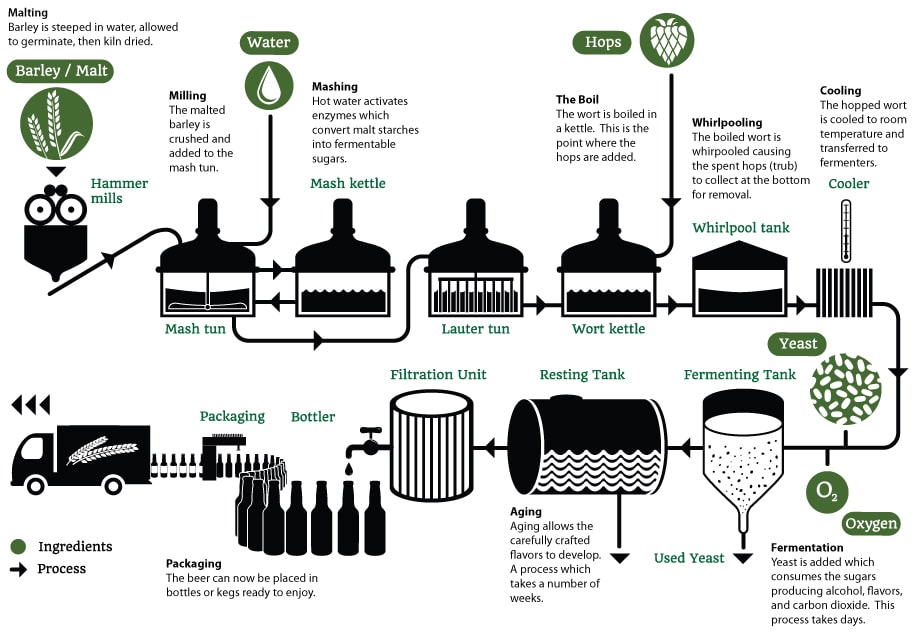 The output of beer brewing vessels depends on the type and size of mashing equipment, the batches of mashing per day; the size and number of fermentation tanks, and the fermentation cycle of beer.

The mashing system is the core of the whole set of equipment and is responsible for the process of making malt into wort. Namely: “mashing-lautering-boiling-whirlpool” four main process steps. These four functional steps are completed by several tanks. The hot water tank is auxiliary equipment. 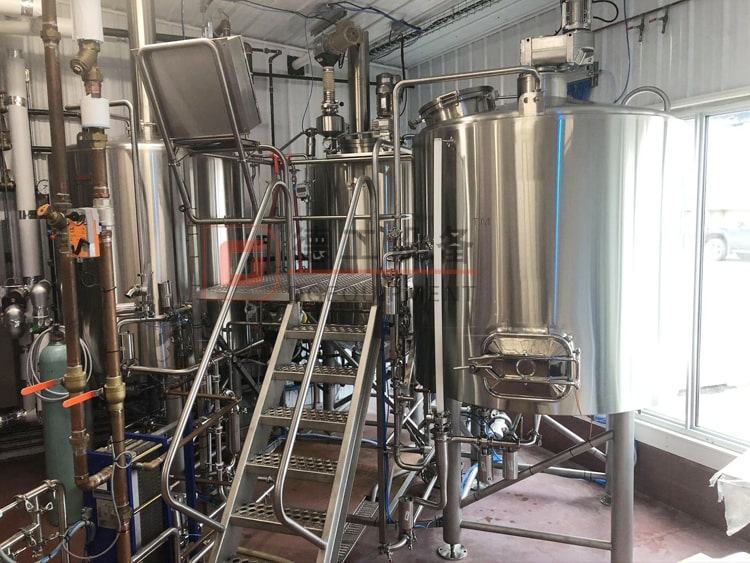 Mashing system, It will need 7-8 hours from malt crushing to wort entering the fermentation tank. Hotels, bars and restaurants usually use 2 vessels+hot water tank 500L or 1000L beer mashing equipment,so it can mashing 1-2 batches per day. Taking into account factors such as labor and labor intensity, actually one batch a day.

The size of the beer mashing system and the highest batch capacity of mashing determine the maximum capacity of the equipment.

Investment suggestion: The size and type of mashing system should be based on individual site, capacity requirements and investment budget. The larger the mashing system is, the higher the energy consumption is and the higher the investment cost is. However, the cost of later reconstruction is relatively high. So you can think about early saccharification in one step.

The quantity and size of fermentation tank

Take 500L fermenter as an example. 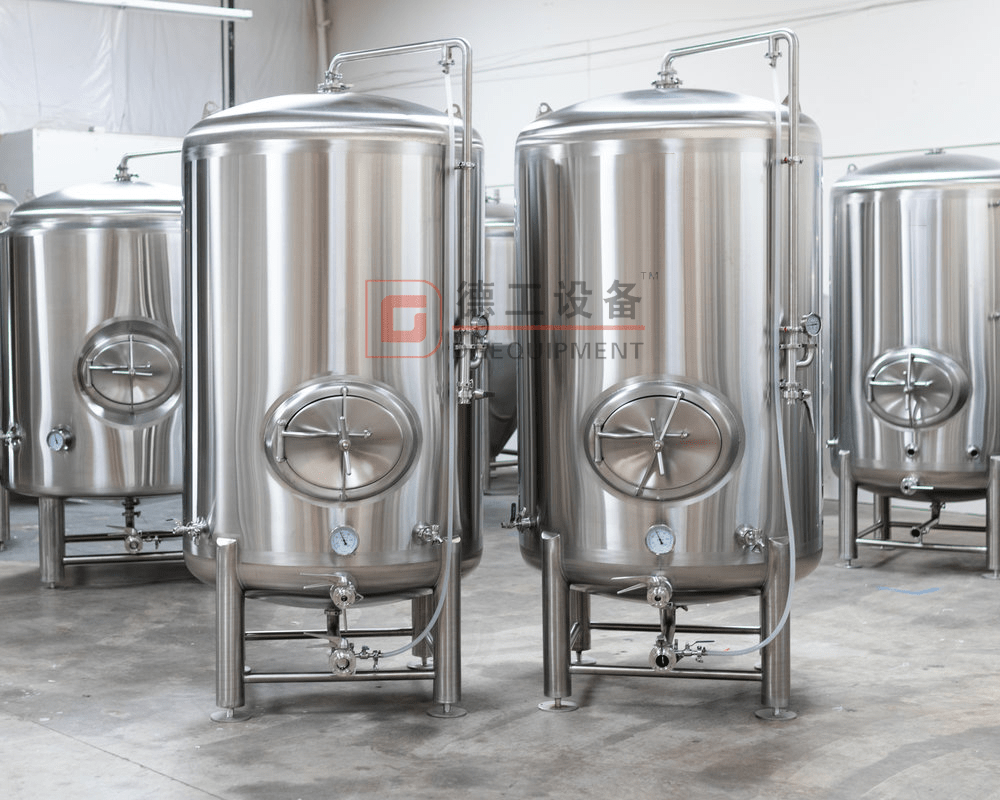