A microbrewery is a system of brewing process tanks and water tanks, connected by a platform. They have a modern but functional design. No more running from one workstation to another: all tanks, important connectors, and the central control panel are easily accessible from the platform, which allows for good control and supervision during the entire beer brewing process.

Compared to compact brewhouses, microbreweries are more suitable for brewers with plans of breaking into the market or making a profit. The important factors to be considered when dealing with an increase in beer production, are product quality, as well as economic energy and water consumption, personnel management, good supervision and simple process control.

We have developed multiple microbrewery concepts. We design different microbreweries with various combinations of tanks and additional equipment, as we want to give our customers the opportunity to buy a product adapting to their needs.

Take a look at our offer and choose the product that would be perfect for you. 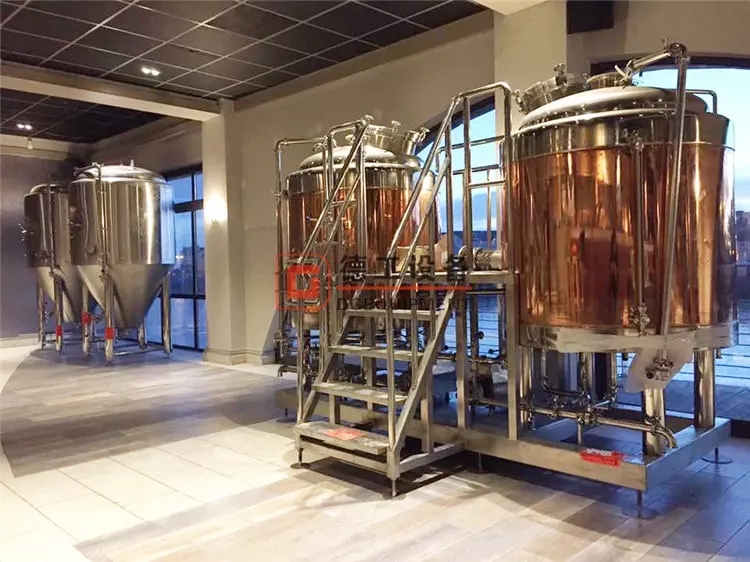 The boiling of wort is the first important phase in the beer production process. Milled malt or malt extract is mixed with water an then is boiled with the hops to produce the final product – wort.

Brewhouses – the wort brew machinesThe wort brew machine (we call it brewhouse) is the main part of each brewery. It is a compact system whose primary function is the production of wort, using a boiling process and a wort cooling process. Hopped wort is an intermediate in beer production – it is a sugary fluid from water, malt and hop or from their extracts.

Spent grain hatch with chute;sight glass on the brewery equipment

The wort brew machine usually consists of these parts:

1. The malt mash boiling tank – heated vessel for the mixing of the squeezed malt in water and boiling of malt mash

2. The wort boiling tank – the heated vessel for the boiling of wort with hops.

3. The filtering tank – the tank with special sieve for the filtration of malt mash (separation of liquid wort from solid parts of malt)

4. The whirlpool tank – tank equipped with a tangential inlet for centrifugal separation solid rests of hops from wort Prices of other configurations may be calculated on demand 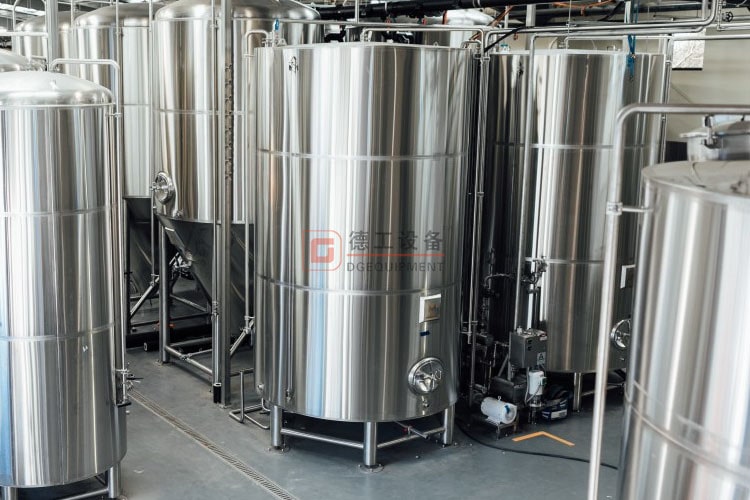